What's on your mind?

If a quintuplets love you, I would say "You are very Lucky."

If someone want i'm doing now a fan-made called Gotoubun no Hanayome ɣ, but is only italian and before translating it in english i need to end it :)

All I can say is that I feel empty inside, not what I was expecting/hoping at all. Good story but then Negi just kinda trolled at the end tbh. 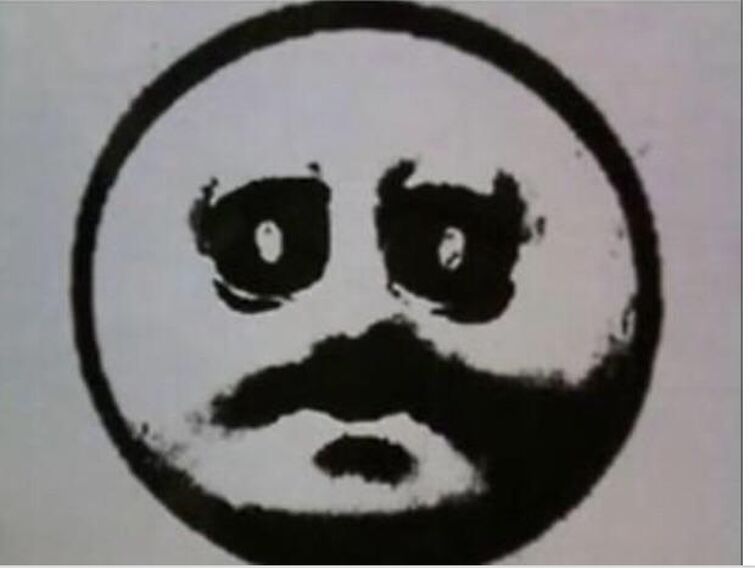 So is it gonna be about two hours with no twelve-episode third season afterwards, right?

Then that means that this movie is the official finale of this anime if you ask me.

I go for Miku or Itsuki as his wife. And will she end up being pregnant with her quins niece or nephew?

UCX release is coming closer, and this past week, we took a closer look on what to expect from Navigation with the UCX update.

Please feel free to read up on the latest updates and comment on any feedback you may have on navigation! We would love to hear what you think!

A deeper look at Navigation on FandomDesktopCommunity Central

Simple question - Who's your favourite quintuplet and why is it Miku?

Jokes aside, who is your guys' fav?

Personally, mine is either Itsuki or Miku (I can hardly choose). I ended up loving all the quintuplets and can't choose very well.

I think it was Ichika or Miku there the only quints who can act that good(the other quints would have tried to save him when he feel in). Also might be wrong but Ichika and yotsuba are the only ones how met him 5 years ago. so I think ichika did it, but tell me if I'm wrong. 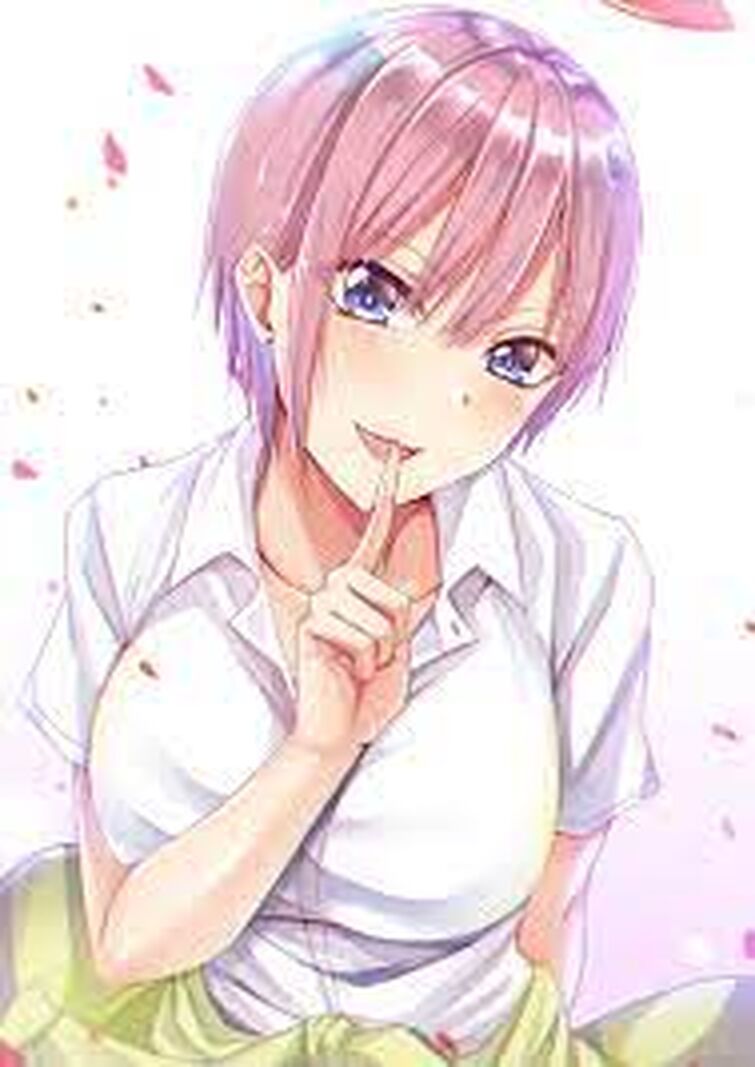 I can't be the only one who absolutely adores the relationship between Raiha and Fuutarou, right? A healthy sister-brother relationship that's wholesome to boot? Never gets old. We can see throughout the manga (I haven't watched the anime) that Fuutarou is extremely motivated by his desire to give Raiha a proper life (though his motivation later expands into his friendship with the quintuplets).

---SPOILER WARNING--- (Why are you on a wiki discussion thread if you haven't finished the manga you fool?)

At the wedding timeskip, even as Fuutarou goes to marry Yotsuba, Raiha still helps him with the rings and remember them. He relies on her even when he's 22.

Additionally, Raiha gets along well with Itsuki Nakano, something that allows the two [, Itsuki and Fuutarou] to become closer through a mutual individual [, Raiha].

If ya'll see this, I wanna hear your opinions and thoughts on Fuutarou/Raiha the relationship (i.e. do you enjoy the dynamic? etc.).

Do you think the quintuplets can still continue I know it’s close to where the manga ends but can they take a different route ??五等分の花嫁はまだ続くと思いますか？漫画の終わりに近いことはわかっていますが、別のルートを取ることはできますか

The official wiki states this was never explicitly stated, but I think I know. Yotsuba. In the anime, if you look at the shoe at 17:16 in s2e2, its nearly a perfect match for what Yotsuba was wearing later in s2e4 as she chased the groper at 6:34. Not sure why she would have been out jogging that late though as she would have had no way of knowing Fuutaro & Itsuka would be taking a late night walk, but she has been shown running by the river so its not out of the picture she happened upon them and listened in.

If you've been keeping up with the latest on Fandom, you'll know the new Fandom Desktop skin is on its way! A few mock-ups were shared a few weeks, back. If you missed it, you can check out some of the latest designs, as well as some new insights to how the new changes were reached here!

Feel free to share any feedback you have on the designs here or on the blog.

I'm sorry for the very long text, but I think there are a lot of people deluding themselves about the anime having a different ending than the manga. I will present some points that can tell us who Fuutarou will choose in the anime (it will be about the kiss scene, because this is what will decide who Fuutarou will choose, since, as he said: "I started to see her with other eyes since that day ").

-Nino has so much courage that she wouldn't hide dressed up as Itsuki, doesn't she want Fuutarou to pay attention to her ?;

-It'suki wouldn't have the courage;

-She knows that Yotsuba also likes Fuutarou, an example of this is in a moment of episode 10 when Fuutarou's sister says that "Rena" was his first love, Yotsuba puts her hands on her chest and looks sad , and Itsuki sees this and looks sad too;

-Ichika knows he can't tell them apart, so Fuutarou might think that whoever kissed him could be Itsuki or anyone else, that would be kind of putting someone in their own way, she wouldn't do that, she already has Miku and Nino on her way; It has been shown that Ichika has weakness in romantic moments, is always flushed and embarrassed when she thinks about it (this is also written on the GNH Wiki), the girl in the bell scene doesn't seem to be ashamed at all;

-Miku is a girl of pessimistic thinking and low confidence;

-She already had her moment in the episode, when Fuutarou gets to know who she is, and then she says this: "Fuutarou is a teacher / I am your student / That doesn't change";

-I think she wouldn't run fast like that, she's the weakest physically out of the five. Also, moments before that scene, there is that scene where she is dressed up as Itsuki and Fuutarou manages to know it's her, and she runs up to him. The girl in the kiss scene runs faster than that; -Fuutarou can identify her now, so he would know that it was she who kissed him, and if she had kissed him, why would she be embarrassed and hide from him as in episodes 11 and 12 because she knew that Yotsuba spoke by accident that she likes him? And it couldn't be because of the sisters, they all know that she likes him;

-She kisses him in the manga is her, and if we look at the manga page where it happens (chapter 68) they are identical (the way she tries to kiss him, the face they make ...); -The girl who kissed him had to move away from the other sisters to look for him and then she ran up to him to kiss him, and it seems that when she reaches Fuutarou she doesn't even look tired. There is only one sister who can do it: Yotsuba, we all know that the best thing she does is run;

CONCLUSION: NINO AND ICHIKA WOULD NOT HIDE ITSUKI DRESSES, YOTSUBA YES. MIKU AND ITSUKI WOULD NOT HAVE COURAGE, THEN WE CAN DISCARD THEM.

At the end of episode 12, the bride's hair is shown twice, and the hair looks more like Yotsuba's hair (which we see in the anime, not least because they all have the same hair color (their real hair color is shown for a brief moment in episode 4)).

CONCLUSION: FOLLOWING THIS, YOTSUBA WILL BE THE CHOICE.

THE SIGH OF "ITSUKI"

In the kiss scene, the girl who kisses Fuutarou lets out a sigh. I looked at this scene several times and I looked at scenes like these with all the sisters, if I had to choose a sister that I think most likely would not do that kind of sigh is Miku. I think she would make a sigh more "low", more "prolonged", and more in keeping with the "dead" voice she has.

CONCLUSION: IF WE ANALYZE THIS, THE MOST LIKELY NOT TO HAVE KISSED FUUTAROU IS MIKU.

FOLLOWING ALL THAT, THE MOST LIKELY BEFORE THE SECOND SEASON STARTING WERE YOTSUBA (BECAUSE OF THE MANGÁ) AND MIKU (BECAUSE IT IS THE MOST POPULAR), BUT AFTER ALL OF THAT, IT IS MORE EVIDENT THAT MIKU WILL NOT BE CHOSEN.

Only one episode to go be for the end season 2, with that in mind does anyone think that there will be a third season after this?

I hoped that at the ending, they would just say the end, and then Different stories came out on different sisters. I like Yotsuba and all, but I wanted all five to have some Fuutarou love in their lives. Is that weird? Dunno.

I am in creating the game The Quintessential Quintuplets with Artificial Intelegent system so, i would like to make Itsuki , nino, yotsuba, miku and ichika like real human